As enbiun food architects we build inhouse hospitality and food services for workspaces. As always we prefer a long term collaboration with a client. We look towards developing a concept after it is opened too. So not only do we deliver a design in the end, we co-create with the facility department of a client to keep a concept fresh and inspired. This is the essential moment where enbiun program comes in. One of the main objectives of enbiun program is to develop the clients internal employee teams. Find out below, how we put this into practise and inspire people that perform the daily work on the kitchen and restaurant floors. We will take you on a online food program inspiration trend tour in Amsterdam and Rotterdam:

As the human brain needs to be challenged and inspired all the time to operate at its best, we try and challenge our clients teams to learn from the urban environment around them. For our food program inspiration, our food curator carefully set up a inspiration tour in Amsterdam and Rotterdam. The developments in these cities are super interesting and would give our clients teams from ICS Diemen and Unilever the necessary brain food inspiration they need. The goal for the day is always related to a corporate value or challenge that the teams face. This time it had everything to do with health and sustainability.

The main question for the program inspiration trend tour:

What does sustainable and healthy food mean to you?

Meat and fish in the future will be a luxury

We visited different locations which look at the sustainability theme from various perspectives. At the moment, vegan is hot. On the street we see a lot of vegan concepts or regular concepts offering vegan food. So we can conclude the word is out and it's more a shared belief that we should eat plant based or decrease our consumption of meat. Meat and fish in the future will be a luxury good, take a look at the hyper specialist shops that are rising. The food industry can’t keep producing the way they have for the last 80 years. People working in the industry are being underpaid and animals don't have the life they should, lacking the nutritious values we need and therefore lacking the reason why humankind consumes animal protein.

Each trend tour has its own routemap with all inspiration locations

With this shared belief as a base, restaurant entrepeneurs translate a trend in a commercial business. Making plant based food fun and create commercial succes out of it. Good examples are concepts like ‘Avocado Show’ and the ‘Vegan Junk Food Bar’. The Vegan Junk Food Bar doesn’t pretend to be the best nutritious choice but simply creates the best plant based comfort food place to hang out with your friends. With the colourful graffiti interior and sauces in matching pink, blue and orange it’s a vibrant place you want to be seen in. Most guests start with a picture to put on instagram and don’t really think about the nutritious values of the vegan sashimi on their plate. Or why they even want to eat this fake fish based on tapioca and water for 8 euro’s. This is the power of good design in combination with sustainability values. Something enbiun program is always trying to achieve as well.

On the other side... The Avocado Show offers a vegan sustainable menu only based on avocado. Which immediately makes us think of how sustainable this concept really is? The venue doesn't change the menu often because it affects their main USP, the art of plating. The presentation is the most important of their success. Guests come from all over the world to put their order on social media. The thought? "Look at me being green and a trendy foodie?" The question remains if this is really sustainable though. Interesting discussion to have had with the clients we take on the program inspiration trend tour.

We see more 'honest' sustainable and content driven concepts like ‘Deshima’ and ‘Spirit’ growing in popularity. The macrobiotic kitchen and lifestyle is not only reserved for activists these days. The main public is taking it seriously and more young people are taking part in the education offered. Macrobiotic kitchen principles are close to the principles of restaurants like Noma. Eating local food that grows in the climate you are surrounded by. Along this, they Macrobiotic followers believe in the energy of food; by eating lively food as fermented products and taking a closer look at the techniques of cutting and cooking various food. It almost sounds like a food religion right?

How about our New Dutch Cuisine?

In the middle segment we encounter a lot of restaurants taking Noma as an example, look at places like Choux, Bak, Entrepot in Amsterdam and De Jong, Lux, Dertien in Rotterdam. Working as local as possible, cooking with a lot of vegetables sometimes from their own garden of wild picked. Eating only meat from invasive animals from preferably local hunters.

One of the owners of Dertien opened up Jack Bean together with his new businesspartner, a fast food concept which is plant based and damn tasty, convenient and affordable. Together with sourdough bakery Das Brot they developed a vegan brioche for their burgers a proces of a year. The company took a hard look at conventional waste streams in their kitchen and tries to optimize these, for instance, the pulp of the slow juices are used in their burger. The aim is to serve good food, tasty and nutritious. We loved their Mexican Chilli. Their Ultimate burger even won a Vegan Burger contest. It shows that plantbased food can be fast food and super good at the same time. This could work great in a corporate environment as well. Surely because employees are more sensitive on eating healthy at the workfloor.

Another entrepreneur with ambitions to really make sustainable and healthy food accessible to a broad range of people is ‘Sharp Sharp’. Recently having signed a contract with Albert Heijn to sell their pastry all over the Netherlands, they are on to big success. Its vegan pastry which has a considerably lower C02 quotum than a similar pastry with milk from a local farmer, is an interesting product to replace the main ingredient of a whole productrange. Besides creating impact in the Netherlands they also try to co-create with the neighbourhood; talking about eating less sugar and eating more healthy. Maybe a new generation baklava will be available at Sharp Sharp soon. Definitely one to keep an eye on.

When we take a look at food venues with a Dutch Colonial background a lot of the time we see they work less local and less sustainable. The first generation started up with little to invest and one aim to provide themselves and their family of a better future. For this and the simple reason; people just didn't want to pay more for take away and restaurant food; they kept the food costs low as possible. Right now we see a new generation stepping up though. An example is ‘Kannibalen en Paradijsvogels’ in Amsterdam North. They only work with local farmers for meat and high quality vegetables. With Paradijsvogels they offer a Moluccan Indonesian vegan rice table. Every a la carte dish is offered in a meat and in a vegan version with traditional Indonesian tempeh. So they are able to serve a differentiated group of guests. Interesting offer that could work in corporate catering too!

Oma Ietje is a multicultural kitchen in the Bijlmer area in Amsterdam. The concept has they same intentions. They reinvent traditional dishes in a sustainable way. With their beetroot curry they surprise everyone, from hardcore meat lovers to veggie foodies. We could endlessly talk about these two tours and the food and thoughts we shared with the clients employees. The tour certainly brought up a lot of discussion about what is nutritious and what is more sustainable; milk from a local farm of coconut milk from a tropical island. It gave our client teams enough food for thought and inspiration to implement in their daily work and think about next steps they will need to take to develop the concepts for their guests. We will happily help them in these next phases too. Enbiun program mission accomplished!

Did this article make you curious? Yes? Then we strongly recommend you to inquire for more information about the program inspiration trend tours we organise and how we can help your hospitality concepts and teams develop further. Send us a mail via the button below or via maas@enbiun.flywheelsites.com 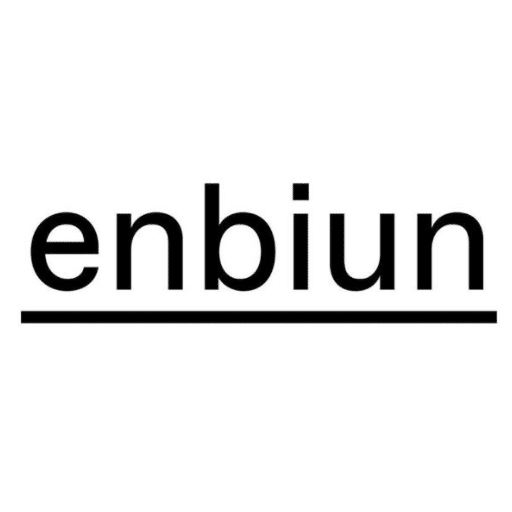